Born and raised in Quebec’s Eastern Townships, Joel grew up in a ministry home where there were two great things of value – God’s people and God’s Word. During his formative years, he watched his parents pastoring together, giving themselves without reserve to reach and teach those who needed God’s love.

Joel’s father Samuel immigrated to Canada from Belgium at the age of 16. After a promising career in illustration was sidetracked by his refusal to compromise with products he couldn’t endorse, the Lord led first to a ministry in print that would remain central for the rest of his life as he made continued contributions to providing solid Christian literature for French Canadians. The commitment to lively and engaging exposition of the Scriptures that marked Sam’s ministry until his death from bone cancer in May 2000 is now very much echoed in his son’s approach in the pulpit.

Joel’s mom, a hard working French Canadian farm girl, thought she was preparing for missionary work in Africa when she met Sam at Bible School, but the Lord had other plans and she became a trusted partner in almost four decades of French ministry in Quebec. Well into her retirement years now, she continues a busy pace of small group Bible studies, hospital visits and practical pastoral care, playing an active supportive role to the leadership in the church where she worships.

Shaped by early ministry opportunities in Christian summer camps and youth groups, Joel was published and preaching by the time he was 15. Growing up in a denomination without an officially ordained ministry that relied heavily on lay leaders allowed Joel to be actively involved in the church, and to hone his skills in many areas of ministry, while he developed a business career and a small consulting practice. Joel went on to lead several Christian ministries as he continued to preach and write, supporting his ministry through secular business activities.

A series of personal tragedies and some deep questioning of the theological roots in which he had been raised eventually led Joel to leave the faith, but God wouldn’t let go. While at one point he believed he was an atheist, he couldn’t quite stop reading the Scriptures. There was something about Jesus that he just couldn’t abandon. Through the patience and prayers of family and friends, and interactions with several mentors – including a few now very disappointed secularists! – Joel gradually re-assembled the faith and a theology that led him into the Reformed movement which he and his wife Debbie now call home.

Assuming at first that he would simply be a quiet fixture on the back pew of a church somewhere, Joel began attending a Presbyterian Church along with Debbie and several of their now grown foster children. Once again, God had other plans. When it seemed that those plans included returning to university and seminary to complete the degrees required for ordination within the Presbyterian Church, Joel objected that he would never be able to afford to do that, but God opened a unique door through an invitation from the Bible Society to help bring some leadership to their publishing ministry on a part time basis while he completed the required studies. Thanks to one of the best staffs Joel has ever served with, and an extremely supportive family, he was able to make important contributions to the development of Bible publishing far beyond Canadian borders, while completing the Bachelor’s degree in Theology at McGill at the top of the class on the Dean’s Honour List, and the Master of Divinity with distinction at Presbyterian College in Montreal, where he received the Calvin Medal upon graduation in May 2012.

On the 23rd of September 2012, Joel was ordained and inducted as a Minister of Word and Sacrament at Côte-des-Neiges Presbyterian Church in downtown Montreal, where he is privileged to serve in a pulpit that has long had a reputation for solid biblical teaching and a clear proclamation of the Gospel. He and Debbie consider it a real answer to pray to have been called to a congregation that shares their heart for the needy city, where their French and their love of foreign cultures continues to blossom and where they are still very close to their children, granddaughters and aging parents. Gifted in her work with young children, Debbie works as a kindergarten teacher in a rural English school in the Eastern Townships and continues to be an invaluable partner in ministry, bringing warmth and wisdom to pastoral care, and sharing in Joel’s gifts of hospitality and generosity.

Joel’s published credits include several books in English and French, and more than 700 articles in magazines and newspapers about a variety of religious and secular topics. He continues to write and to consult with several organizations while leading the congregation in Côte-des-Neiges through some unbelievable ministry opportunities.

New COVID 19 Rules
According to the new public health rules, all places of worship are closed to the public until further notice. Our Sunday services, led by a minimal staff and volunteers, will continue to be livestreamed at the regular time.

Don’t forget that all of our services are livestreamed to be watched as they happen, and then archived so that you can catch them later.

December 23rd, 2021
Letter to the congregation 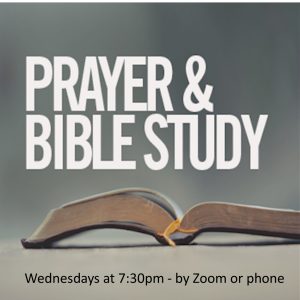